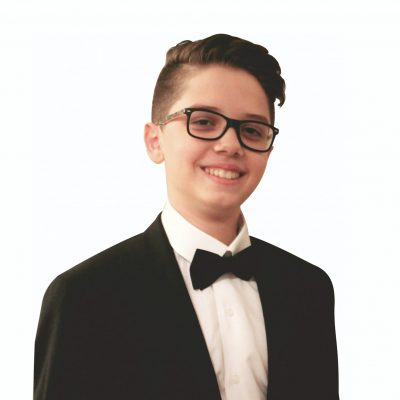 Born in 2009 in Izmir. Started taking piano lessons at the age of four. He took masterclasses from Gokhan Aybulus and Tamara Poddubnaya.

At the age of six he qualified to join the Polyphonic Children’s Choir of TRT Izmir Radio.

At the age of eight he won the Honorable Mention Prize at the Mozart Academy Piano Competition.

At the age of nine he won the second prize at the Mozart Academy Piano Competition.

At the age of ten he qualified to enter Dokuz Eylul Conservatory and became the student of Dr. Demet Eytemiz.

He participated in the Stars of Piano Festival in Bursa.

He won second prize in 15. International Pera Piano Competition and was awarded as “the Best Turkish Performer” with performance of Fazil Say’s “ Chopin in Izmir”.

Fikret Ucar participated in the “Young Faces of Izmir Concert” which took place in Adnan Saygun Art Center as part of the organization by United Cities and Local Governments (UCLG) Cultural Summit.

He is currently continuing his music education at the Dokuz Eylul University Conservatory with the support of CEV Sanat and by taking special classes he is also preparing for international competitions and the exams of Musica Mundi.